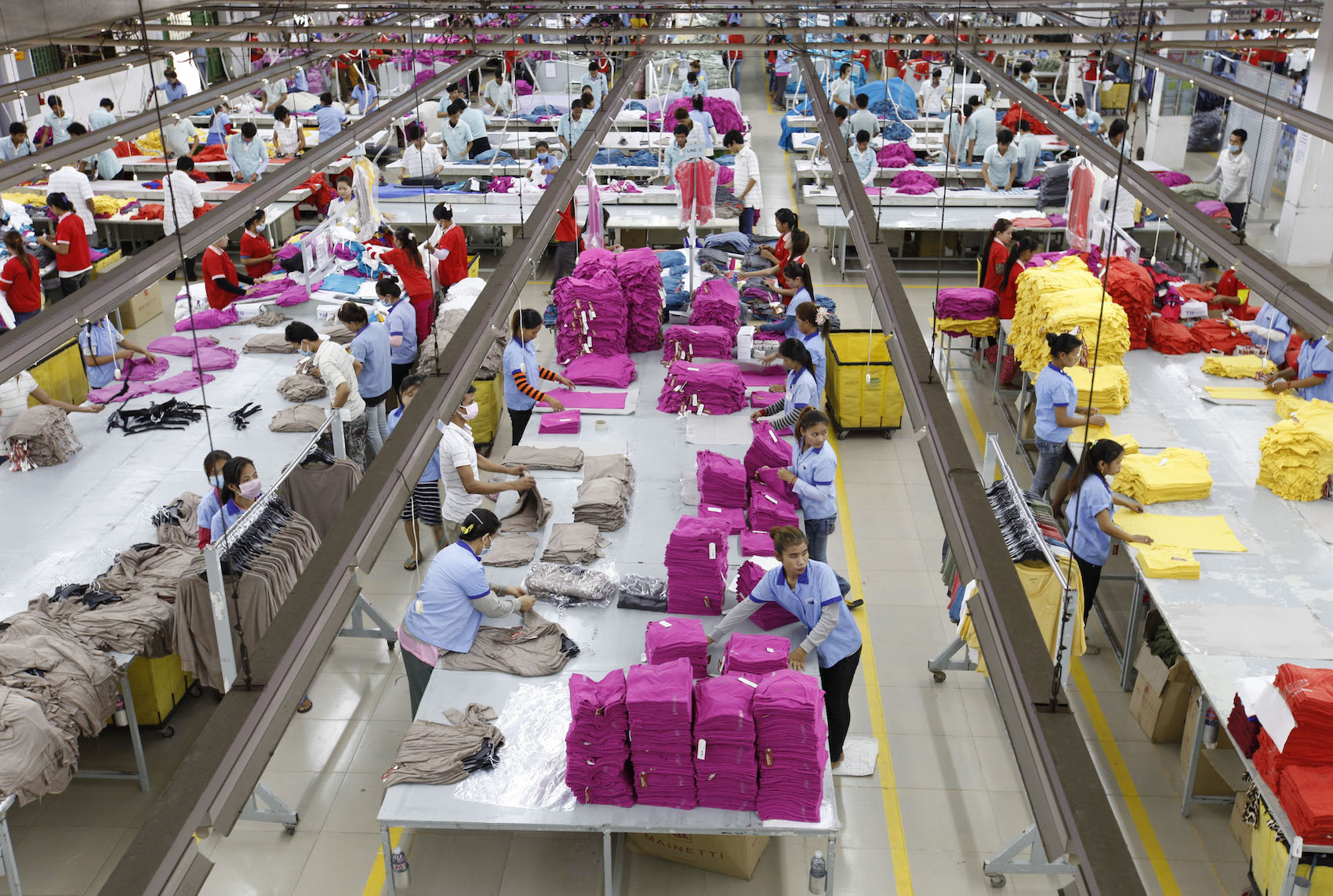 There’s an argument that has been lurking around dark corners of the Internet for some time now.

This argument proposes fast fashion – the mass production of fashion items for globalized consumption – has democratized fashion. It goes that the cheap production of the latest fashion items on a mass scale has allowed all people, regardless of socio-economic status, to participate in an industry from which they were previously excluded. Fast fashion opened the proverbial floodgates, allowing people to emulate the styles of a coveted designer, worn by their favorite celebrities.

‘Fashion’ as we know it today is a relatively new concept. 100 years ago most clothing was custom-made at home or by dressmakers or tailors. The first ‘fashion designer’, Charles Worth, opened up a shop in 1858. Since this time fashion designers have evolved to become celebrities in their own right, with ‘designer’ clothing having an air of the elite.

It was the trifecta of global capitalism + factory production + proliferation of retail outlets (particularly chains), which allowed the fast fashion industry to really gain momentum. ‘High fashion’ trickled down to the masses – diluted into coarser fabrics and less careful cuts – but cheaper, much cheaper. Now consumers can see a Maison Martin Margiela dress in Vogue and go out and pick up a knock off of the same design for a fraction of a fraction of the cost of the original.

And this, apparently, is a democracy.

Consumers aren’t any better off with fast fashion. In fact, my opinion is they are worse off. Prior to fast fashion, you may not have owned the latest trends, but the quality of the garments you did own was integral. Clothes were well made, and you could tell. Now, anyone can have the latest fashion but they are guaranteed to have to replace those garments after a few wears, as the cheap dye fades or the stitching comes undone or they acknowledge the poor cut of a garment that never looked how it should. Fast fashion has not guaranteed unfettered and equal access to the elite fashion synonymous with quality and style. The only thing fast fashion guarantees is disposable: the availability of a never-ending supply of poorly made garments that nobody really likes, wants or certainly, appreciates.

The hardest thing to swallow about the ‘fast fashion = democracy’ argument is that the democratic ideal stops with the consumer.

The fashion industry relies on those actually making fast fashion not having access to the rights and privileges that are afforded to those who purchase fast fashion. This is at odds with the very ideology of democracy, which at its roots is about taking the power from the elite and putting it in the hands of the majority. Literally, democracy means ‘rule of the commoners’.

Nevertheless, these sorts of flaws are not abnormal to the democratic systems we know and from which we have come. Democracy has never been practiced with complete fairness or equity. The commoners have never been equal, but have always been divided into lines of gender, race, and class. Moreover, in a globalized economy, geographical borders no longer divide the ‘commoners’. Those people now wish to brand the fast fashion industry as ‘democratic’ is not unsurprising. This kind of the myopic point of view is sort of expected from an industry that has thrived on systemic racism.

For those working to manufacture and produce fast fashion, the system is more Hunger Games than Utopian Fashion Wonderland.