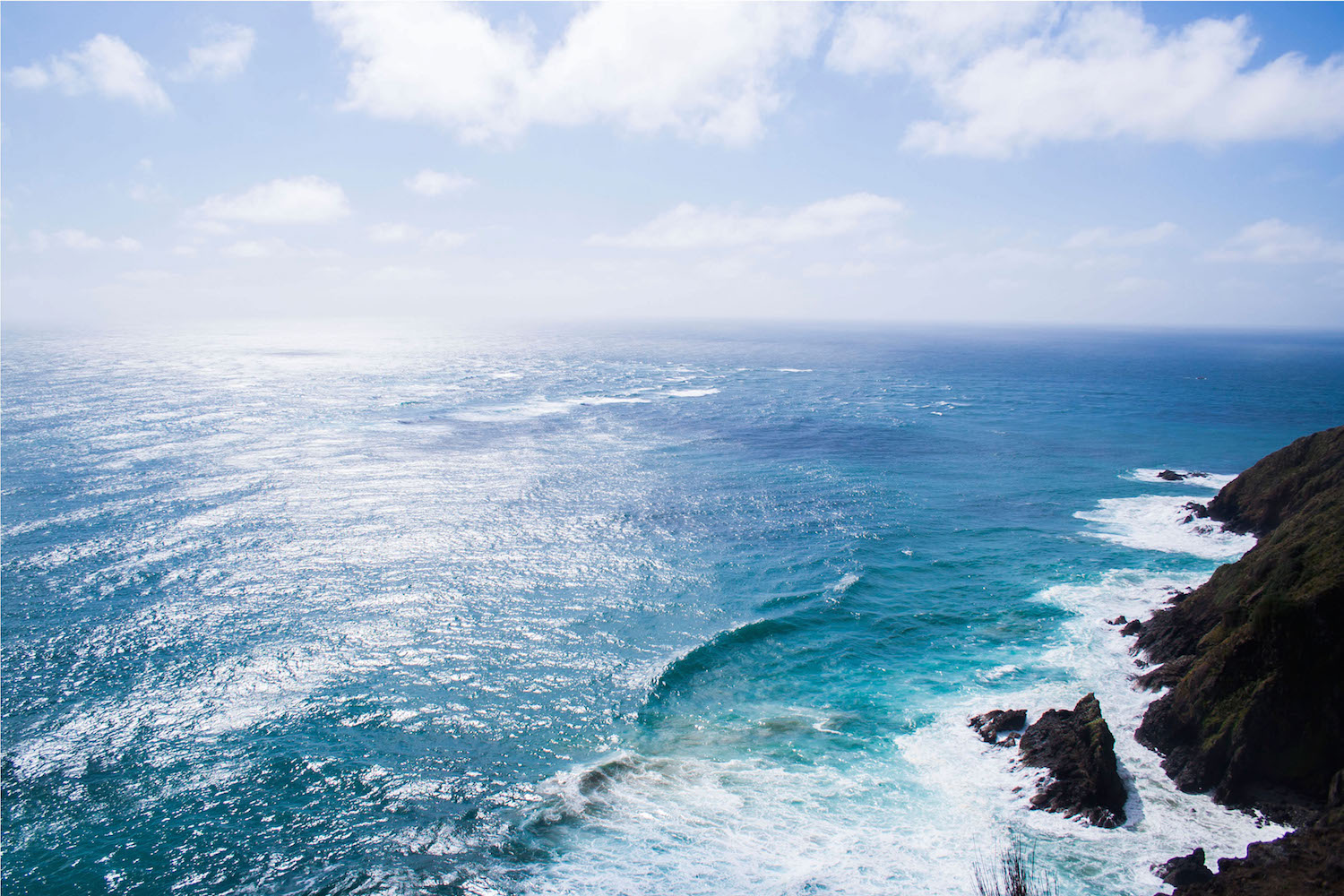 Let´s Honor And Respect The Ocean Today And Everyday!

The ocean affects us all. 70% of the planet is covered by ocean. If the ocean is healthy, we are healthy, because the food we eat, the water we drink, and the air we breathe are in some way or form from the ocean. Did you know that 70% of the oxygen we breathe comes from the ocean, according to Nat Geo. The ocean provides climate regulation, nutrient recycling, and is home to innumerable quantities of marine and wildlife. It isn’t fake news, it isn’t alternative facts, it is reality. Statistics, data, and facts can’t lie.

Let’s take a look at how the ocean supports more than our existence in the U.S. alone. The ocean supports our economy through the fishing, boating, tourism, and transport industries to name a few. According to NOAA, 1 in 6 jobs in the U.S. are marine-related, supporting over 28 million jobs. Think about the amount of people you see fishing year round. The fishing industry in the U.S. profits over $55 billion annually. Have you traveled recently or are planning a trip? Travel and tourism to the U.S. especially to our beaches attracts over 90 million people a year which generates 85% of all U.S. tourism revenues (NOAA). This is not even taking into account the locals. So how can we say that we are not impacted by the ocean, and in turn, impacting the ocean? Simply put: we can’t.

First and foremost, is not jumping to the conclusion that if we don’t understand it, it is fake news. Climate change is real and global warming is real. It is proven by science, justified by data, and believed to be real by 194 countries all over the world acting to halt climate change. Let me repeat: 194 countries, some who have been at war for centuries have come to an agreement that climate change is real. That is a big deal! This in turn shows us that we are in some way or form impacting the ocean.

We see our impacts in many ways, and one of the most alarming forms is through ocean dead zones. It isn’t something discussed on our local or national news. But if you look deeper into what a dead zone is, it is terrifying; especially after I learned that one of the largest ocean dead zones in the world is only a few hours away from me in the northern Gulf of Mexico.

What Is An Ocean Dead Zone?

“An ocean dead zone is extremely low-oxygen areas in the world’s oceans, lake ways, and rivers caused by excessive pollution from human activity depleting oxygen required to support most marine life in the water.” (NOAA) These areas in the ocean are created by such low oxygen concentration that animal and marine life suffocate and die, or those that are mobile, permanently leave.

As I looked deeper into the causes of these ocean dead zones, I wasn’t surprised. The dead zones seen in the Gulf of Mexico were traced back to when farmers would begin to fertilize their lands preparing for crop season. The rain and runoff would then wash the fertilizer off the land and into streams, lakes and rivers, ultimately ending up in the gulf. These dead zones then essentially become biological deserts.

Scientists and analysts have found that nutrient pollution by humans is the primary cause for ocean dead zones. When excess nutrients or pollutants runoff the land or are piped as wastewater into rivers and coasts, this can stimulate an algae overgrowth. The algae then decomposes in the water depleting the supply of oxygen available to healthy marine and wildlife (NOAA). The constant cycle of pollution in certain areas of the world has led to permanent dead zones.

Although some ocean dead zones are reversible, the consequences prior to reversal are detrimental to all walks of life. If we look at the amount of known and unknown wildlife that live in the depths of the ocean, we can only imagine what they have consumed, what has seeped into their skin, and how long the dead zone has affected their being. In turn, we as humans see the impacts with high toxic levels of algae on beaches, lake ways and coastlines, waterborne infectious diseases, harmful algal bloom toxins, and contaminated seafood. The health of the wildlife isn’t only effected by dead zones, it effects every living being. This also impacts the coastal economy which then effects the country. The ocean isn’t to be played with or tested. It has power that no man has or ever will have. So how does all this connect to fashion?

How Do Ocean Dead Zones Relate To Fashion?

The vast majority of the fibers used to create clothing are natural fibers that come from the Earth, therefore they are harvested. To produce large quantities quickly, the crops are treated with human pesticides and GMOs, aka toxic chemicals. These chemicals then go from the fields as runoff and/or wash off into our waterways, or the chemicals seeps into our soil and into the crop through farming. The pollution doesn’t stop there.

Once the crops are harvested and turned into fibers, the fibers are dyed or the fibers are woven or knit into fabric and dyed. According to Alternatives Journal, the fashion industry has the highest use and pollution of freshwater with 17-20% of industrial water pollution coming from textile dyeing and treatment. Greenpeace stated, the dyeing process in the fashion industry uses 1.7 million tons of various chemicals in the entire process. Due to lack of quality control and the need for quicker production in fast fashion, many factories lack the resources and time to effectively manage their runoff. Therefore, these toxins and pollutants end up in our waterways.

Finally, the clothes are produced and purchased. Phewf! What a relief this toxic cycle finally has ended. But wait, it doesn’t stop there. Like many fast fashion pieces, the clothes are produced quickly with inadequate quality control, and purchased due to low costs with little knowledge of durability and longevity. The clothes are worn and washed in our rough machines and the poorly woven or knit fibers breakaway from the clothes ending up being washed into our wastewater. Many wastewater plants don’t have a way to filter out these fibers so the fibers flow into streams, rivers, and eventually the ocean.

Some may still argue the legitimacy of if the fashion industry truly impacts our ocean and ocean dead zones, but the facts are all there. It is time for us to use our knowledge, our resources and a bit of common sense to create and push for a new ending to the story because if we don’t act quick enough it might be too late for people and the ocean. The cause and effect relationship is there, but it is who believes it and who acts on it that truly matters. What can we do to help save our oceans?

Deep Dive Into What We Can Do:

First step is accepting that we need the ocean, we impact the ocean, and climate change is connected to the ocean. By creating a common ground, we are putting our ocean and planet first, therefore our future first. When we come together and stand united, we can progress even further.

Second step is educating ourselves on what we can do differently and how we can halt the progress of the damage that has already been done to our oceans. Simple knowledge of ocean dead zones, staying current on environmental laws and regulations, and knowing what is going on in the ocean is key for us as consumers and citizens to initiate and push for change.

Now more than ever, we need to use the power of our voice, especially after the U.S. pulled out of the Paris Agreement, a global target of maintaining global average temperatures from rising 2°C by the end of the century. Beyond 2 degrees, we risk dramatically higher seas, changes in weather patterns, food and water crises, and an overall more hostile world all connected to the ocean (VOX).

Third step is adapting and adopting. Choosing to farm and harvest with environmentally-friendly and GMO free, using natural dyes for clothing production, and hand-washing our clothes are just a few small steps we can take to help save our oceans and make our clothes last. Also, use your dollar to vote for conscious living and consumption through purchasing organic produce or sustainable clothing, but also use your voice to be the change. If you want to save our ocean and believe in the power it holds over our livelihood then vote for regulators, locally and nationally, that support research into climate change, global pollution impacts and sustainable advancements. By voting for regulators that push comprehensive bills, we are using our power as consumers and citizens to make a stance on what we find important and how we want to see change. Be an active citizen with your dollar and voice. Our planet, our oceans, and our future depend on us. 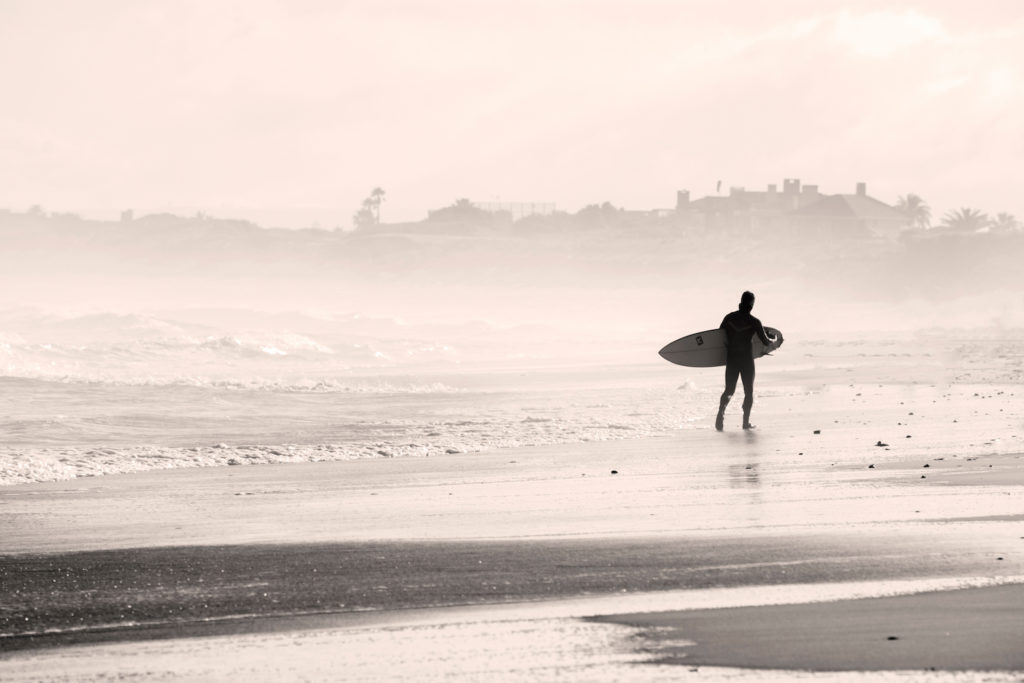 LET US GIVE BACK

Participate in a World Oceans Day event or activity this year and help protect the ocean for the future! It’s up to each one of us to help ensure that our ocean is healthy for future generations. World Oceans Day allows us to:

Find a planned Event to attend (bring your kids) in your near through worldoceansday.org. #WORLDOCEANSDAY 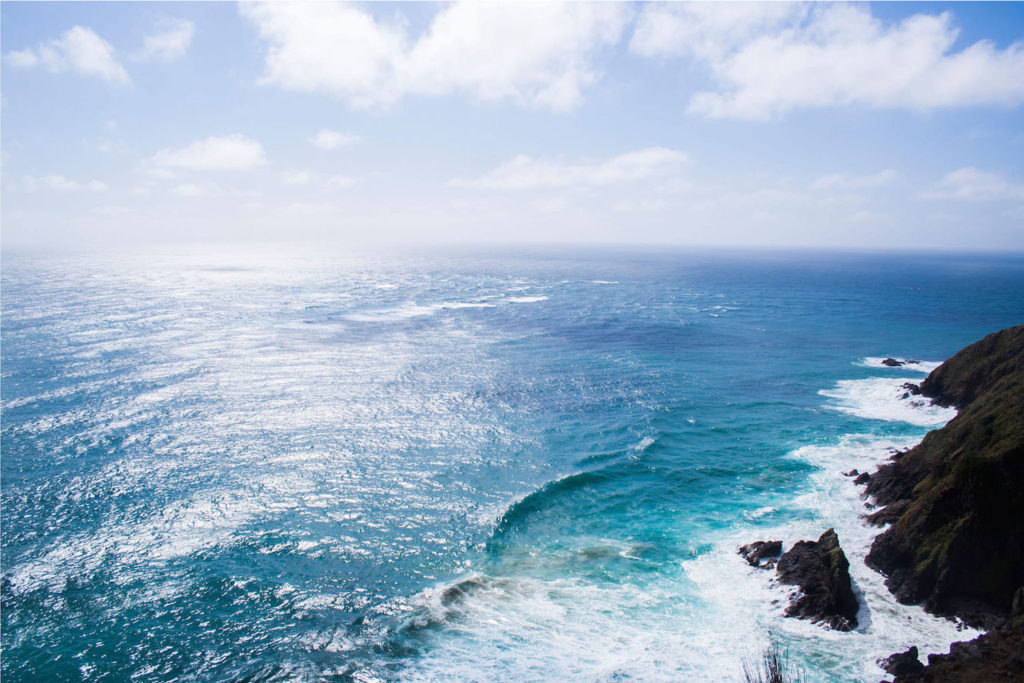 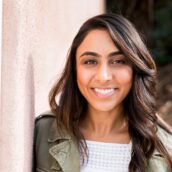 Nicki Patel is the founder of milo+nicki, a cruelty-free, ethically designed womenswear line designed to empower the ever-evolving woman to conquer her fears and pursue what sets her soul on fire through the vibrant colors of Nicki’s culture, traditions, and life experiences. milo+nicki advocates for gender equality, sustainable living and animal rights through conscious, cruelty-free design and manufacturing in the USA. Nicki is also a personal stylist, avid runner, and animal lover. Learn more about their story and pre-order their first collection at bit.ly/weareunstoppable.

‘Made in USA’ What Does It Mean vs. What It Might Convey?